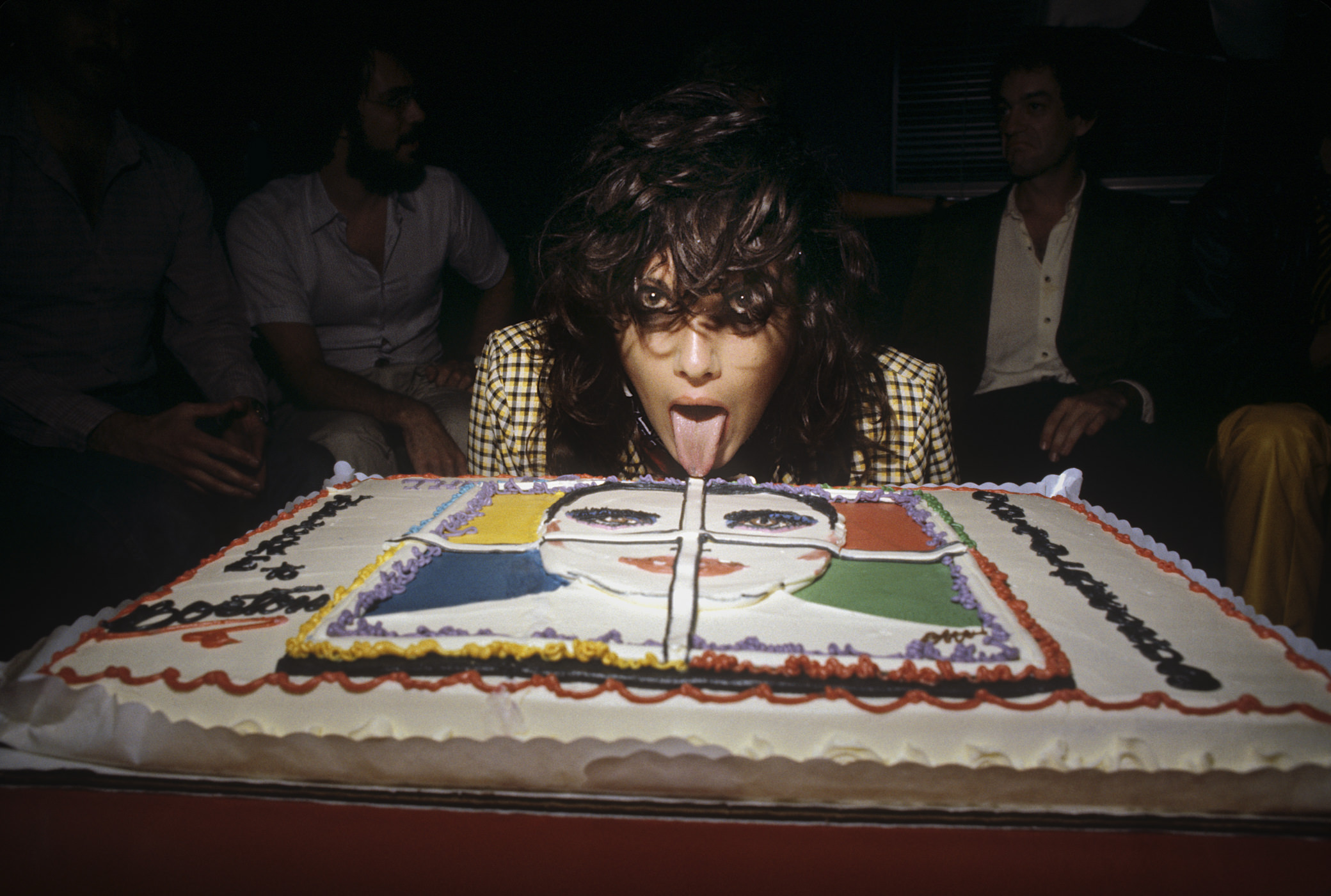 Last month, photographer Michael Grecco had a new book released by Abrams titled Punk, Post Punk, New Wave: Onstage, Backstage, In Your Face, 1978 to 1991. “It’s a body of never-before-seen punk and new wave images from the time I myself was a club kid,” says Grecco, “like this one, of The Motels’ lead singer Martha Davis.”

Grecco was on assignment that night to cover The Motels concert at the punk club Spit in Boston. “I was an Associated Press stringer during the day and a club kid at night, doing assignments for Boston Rock, a local magazine,” he explains. “They used the upstairs VIP room as an after-party space, and the Capitol Records executive presented the band with a ‘Welcome to Boston’ cake. It was a publicity set up, but I didn’t want to make it look too posed so I had Martha lick the cake—it was very punk!”