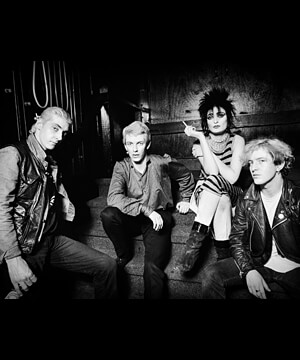 Anarchy in the USA: The Idea of Punk Rock by Michael Grecco - Brinkwire

Photographer Michael Grecco sums up what the period meant to him at the end of his latest book Punk, Post Punk, New Wave, a collection of photographs he took in the late 1970s and early 1980s.

Drugs and sex and rock ‘n’ roll. We can disagree about what punk rock meant then, what it might still mean in the 21st century, more than four decades after the events mentioned in the book by Grecco. We should look back at her nihilism, her otherness, her politics, her attitude to pop culture in the year-zero, and how it burst out into the world.

But in a way, it was still just another story about having fun in the most chaotic way for young people. Grecco was one of them.

And so there is less discussion about politics and values and manifestos in the pages of Punk, Post Punk, New Wave, more pictures of Wendy O Williams, of the Plasmatics punk band, topless, and a more or less nude Lux Interior of the Cramps (both on stage and off). And page after page of guitar-posing guys and ladies.