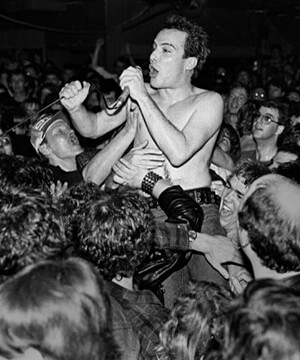 Michael Grecco was an 18-year-old guileless college student from suburban New York when he first discovered punk music. He followed the throbbing sound of a local Boston band named ‘La Peste’ to the basement below his favorite late night food spot. The underground club was known as ‘the Rat’ – Boston’s answer to New York City‘s legendary punk venue, CBGBs.