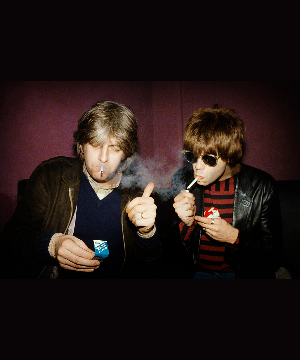 From Lou Reed to The Clash, These Unseen Photos Capture the Spirit of Punk - Hunger

Michael Grecco had been sitting on never-before-seen photographs of the punk era for decades when his archivist suggested digging them out for review. What they found was a veritable treasure trove of images dating from the late 1970s of some of the biggest names in the genre, including Johnny Rotten, The Buzzcocks, Talking Heads, Joan Jett, Billy Idol, and many more.

The award-winning photographer and director captured the seminal shots when he was covering the music scene for the legendary radio station, WBCN, which put him at the forefront of one of the most rebellious and unfiltered moments in sonic history. “The spirit of Punk was extraordinary. It marked me forever,” he says. “As you look at these images, I hope you also get touched by its infectious freedom.”

The full 162 images are available to view in Grecco’s new book, Punk, Post Punk, New Wave: Onstage, Backstage, In Your Face 1978-1991, and the accompanying multimedia exhibition, Days of Punk, which debuted at Photo London in 2021.