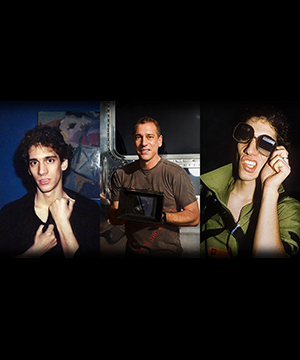 From new york to los angeles and across the globe, celebrity and advertising photographer michael grecco has always pushed the boundaries

The career of accomplished celebrity and advertising photographer Michael Grecco, who has taken photos for People Magazine, Forbes Magazine, TIME Magazine, Sports Illustrated and several other outlets, started at the age of 19 with a Boston-based internship at The Associated Press. Though the final year as a teenager started his career, it was the first year as a teenager that developed his love for photography.

“I learned the dark room at 13,” Grecco said. “I was always into photography, was a big follower of the Time-Life photography books, their photography series where I saw a lot of the masters. Irving Penn or my now friend Bruce Davidson and a lot of great photographers.” It wasn’t just taking the images that inspired Grecco to pursue a career in photography, it was the science behind it too.

“I was always sort of a mechanical-inclined kid and science-oriented. As soon as I watched the magic of a print coming up and the chemistry… That sort of magic just fascinated me.”

After growing up in New York, Grecco moved to Boston in the late-Seventies as a film student. It was then when his career got off the ground. His skillset turned heads shortly after, presenting him with the first of several opportunities in the photojournalism world.