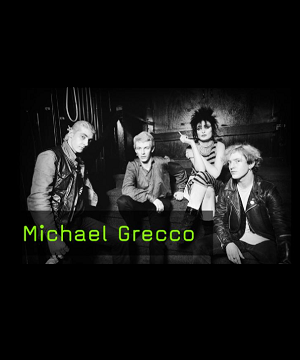 In this film, portrait and advertising photographer Michael Grecco brings us back to the chaotic and rebellious punk rock era of the late 70s to early with his latest collection of images “Punk, Postpunk, New Wave: Onstage, Backstage, In Your Face, 1978-1991” 90s.

Grecco shows black and white footage of bands that defined the punk rock genre, including The B52’s, The Dead Kennedys and the Ramones.

Grecco grew up near New York and received his first camera at the age of twelve. He then studied film and photography at the School of Communications at Boston University. While still a student, he began his career as a magazine photographer. This included extensive work for various national magazines, including Times, Vanity Fair, Forbes and Rolling Stone. But he spent his nights with his camera around his neck in small clubs, where he developed his love for punk.