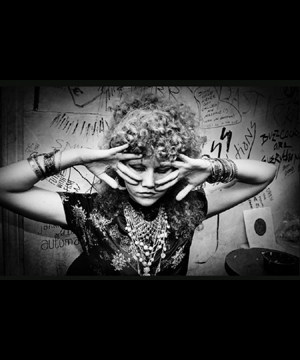 La Térmica Museum in Málaga, Spain, presents the multi-media exhibition “Days of Punk” by American photographer Michael Grecco, who is based in Los Angeles, CA. The show presents more than a hundred black & white and color photographs of artists including Johnny Rotten, The Buzzcocks, Talking Heads, Human Sexual Response, Joan Jett, The Clash, The Cramps, David Bowie, and the Ramones, among many others.

The images featured in Days of Punk date back to the late ‘70s through early ‘90s, when photographer and filmmaker Grecco documented the nightclub and concert scenes in New York and Boston. At that time, punk exploded in the U.S. and later morphed into post-punk and new wave movements. Down and dirty in the thick of things, onstage and backstage, Grecco captured for posterity a riotously outspoken time in pop culture history, with all its raw energy, emotional power, and outrageous antics.