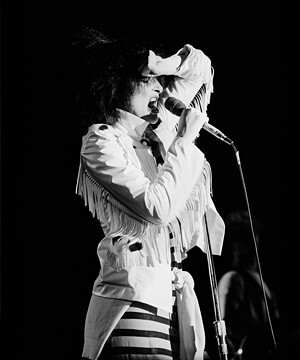 Michael Grecco is an award-winning commercial and fine art photographer and film director noted for his superb celebrity portraits, innovative magazine covers, editorial images, and advertising spreads for NBC/Universal, GE,Pfizer, HBO, Kodak, ABC, IBM, Yahoo!, ESPN, WIRED, TIME, Entertainment Weekly, Esquire, Premier, and more. His distinguished work has been featured in prestigious galleries including Louis Stern, G. Ray Hawkins, Stephen Cohen, and Fahey/Klein.  “This was my life from 1978 to 1986, in sticky black-walled punk clubs at night, in the bowels of Boston, with punk bands that would eventually become legends…The spirit of Punk was extraordinary, its music endures. It marked meforever. This collection of work has never before been seen. As you look at these images, I hope you also get touched by its infectious freedom.” – Michael Grecco