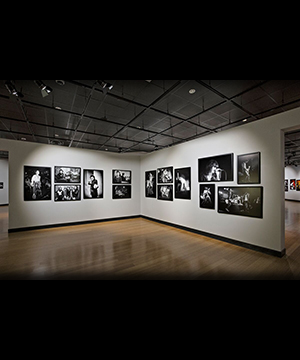 Michael Grecco: The Man Behind the Camera

Captured by acclaimed photographer, Michael Grecco, the exhibit offers a raw and thrilling look at the 80’s ceaseless punk culture.

Grecco recieved his first camera, a Mamiya/Sekor 35mm single lens-reflex, at the young age of 12.

He was fascinated by the images he had seen in photography books, particularly the Time-Life Photography series from his local library.

Late at night, Grecco would stare at the contents of each photograph, feeling that this would be his life’s calling. “I think, you know, once I saw what photography could do in these Time-Life Photography books, it was sort of the pivotal moment for me.”

During his time as an undergraduate in filmmaking and photography at Boston University, Grecco first began his career as a freelance photojournalist for the Associated Press.

“With my internship at the Associated Press, I really just launched into the photography. I was young, and there weren’t many plans.”