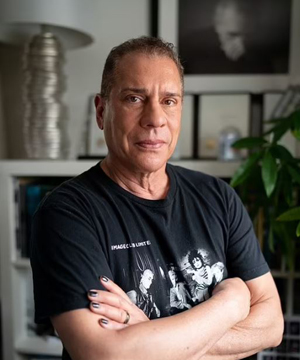 Michael Grecco was an 18-year-old guileless college student from suburban New York when he first discovered punk music. He followed the throbbing sound of a local Boston band named ‘La Peste’ to the basement below his favorite late night food spot. The underground club was known as ‘the Rat’ – Boston’s answer to New York City‘s legendary punk venue, CBGBs.

He catches up with DailyMail.com below with exclusive never-before-seen images, and tales from his debauched years spent as punk rock ‘chronicler and participant.’

Renown photographer, Michael Grecco spent a decade embedded in the punk-rock community of Boston during its hey day in the late 1970s through the 1980s. Bouncing between underground clubs he shot everyone from The Clash (pictured above backstage), to The Sex Pistols, Dead Kennedys, The Cramps, Buzzcocks, Billy Idol and so many more