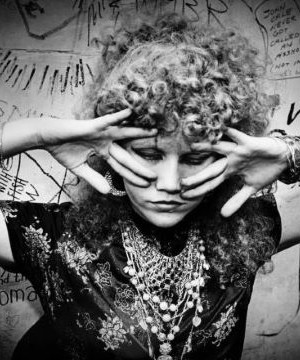 From the late ‘70s through the early ‘90s, photographer Michael Grecco documented the nightclub and concert scenes in New York and Boston as punk music roared into the U.S. He was working as an Associated Press photographer, and lensman for legendary rock station WBCN-FM, and was a self-described “club kid” who had a unique opportunity to embed himself into this revolutionary scene as both a chronicler and a participant. Grecco captured for posterity a riotously outspoken time in pop culture history, with all its raw energy and outrageous antics.

Grecco’s photographs from that heady time had been dormant in his flat files until his archivist suggested revisiting this previously unseen body of work. After they did a deep dive into the past, their efforts lead to Grecco’s best-selling book “Punk, Post Punk, New Wave: Onstage, Backstage, In Your Face, 1978–1991” (Abrams Books, 2020), which introduced these images to the public for the first time. In addition to the 162 photographs, the book features a foreword by Fred Schneider of the B-52s, an essay by veteran rock journalist Jim Sullivan, and Grecco’s pithy personal anecdotes from his times hanging out with the musicians he was shooting.

On Monday, September 19 the La Peer Hotel in West Hollywood will host a book signing with Grecco scheduled for 6-9PM. The event is free and open to the public, and books will be available for purchase. The hotel is also placing copies of Punk, Post Punk, New Wave: Onstage, Backstage, In your Face, 1978-1991 in its guest suites.

The success of the book spawned the multimedia exhibition “Days of Punk,” celebrating punk music and culture. It premiered at last year’s Photo London and is currently traveling the world.