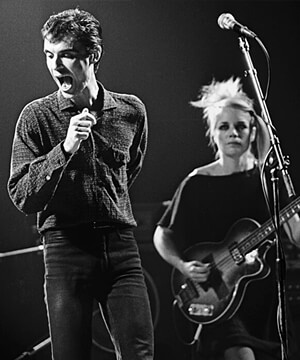 Henry In The Hub: Full Interview With Photographer Michael Grecco. Acclaimed photographer Michael Grecco brings us back to the chaotic energy of punk rock era in the late 70s to early 90s in his newest collection of images, Punk, Post Punk, New Wave: Onstage, Backstage, In Your Face, 1978-1991. Grecco shares black-and-white shots of bands that defined the punk rock genre, including The B-52’s, The Dead Kennedys, and the Ramones. GBH’s Henry Santoro spoke with Grecco about his experience capturing a revolutionary music scene. The transcript below has been edited for clarity.