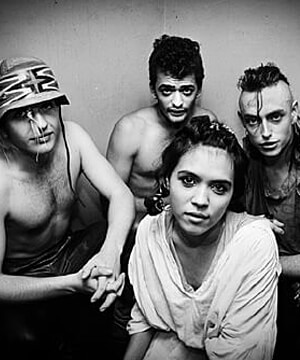 Michael Grecco lives a life rich with valuable opportunity and cherished experiences. He’s a celebrity photographer, director and author of the new book “Punk, Post Punk, New Wave: Onstage, Backstage, In Your Face, 1978-1991.” Over his career, he has photographed some of the world’s most famous rock ‘n’ roll icons such as Billy Idol and Mick Jones. While he’s taken a countless number of portraits over the years, his passion for portraiture is still clear as day.

Michael Grecco chose to use SanDisk SSD internal drives during the development of “Punk, Post Punk, New Wave: Onstage, Backstage, In Your Face, 1978-1991” because he simply couldn’t do it without them. The drive enabled Grecco to keep his servers running smoothly and ensure his files are safe when they’re being sent to his retouchers and back.