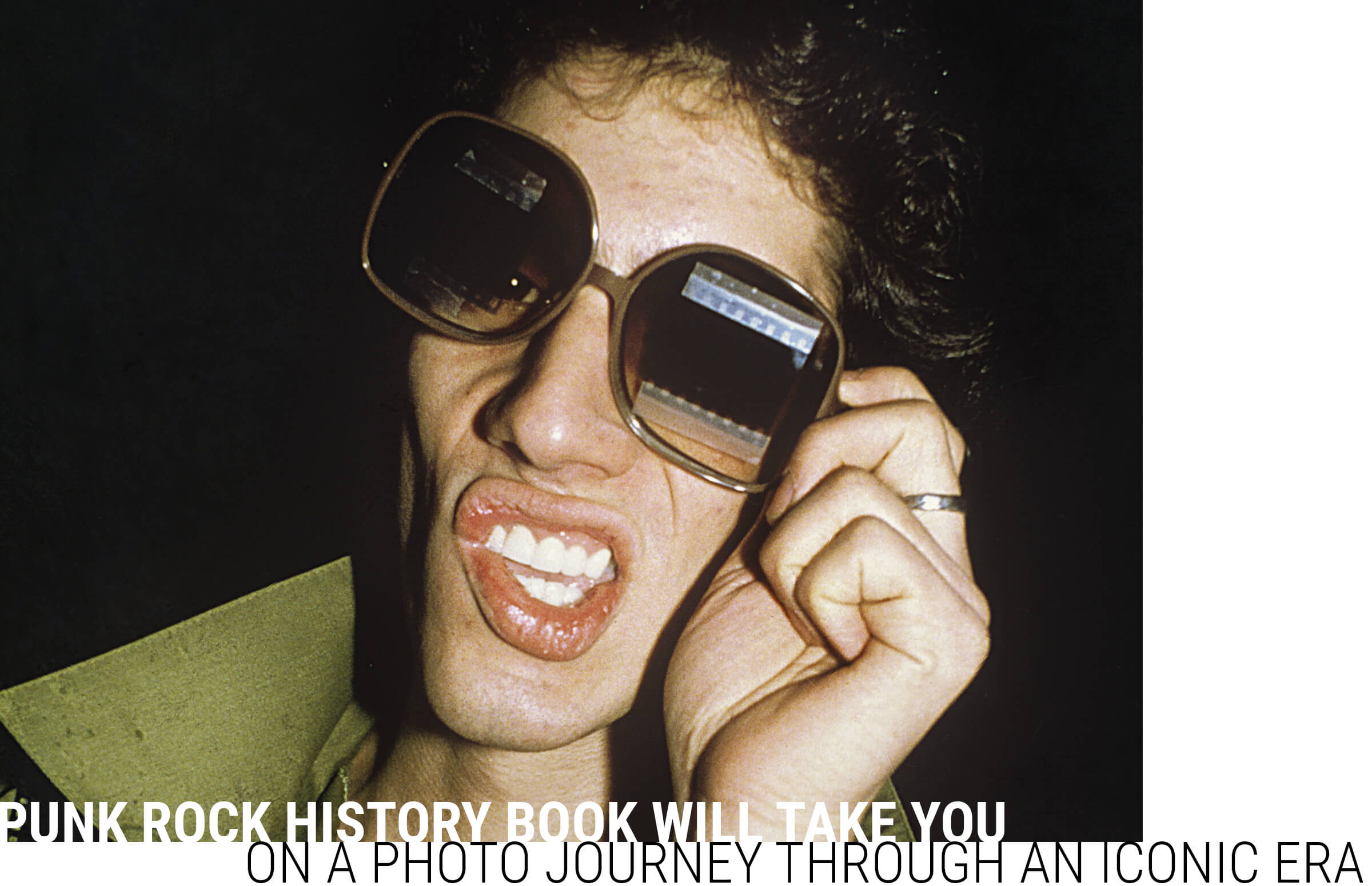 Starting in the late ‘70s and ending in the early ‘90s, Michael Grecco’s Punk, Post Punk, New Wave: Onstage, Backstage, In Your Face, 1978–1991, takes readers on an up-close, visual journey through the punk rock era, with a never before seen look at one of the most influential  periods in modern musical history. This book allows readers to brush shoulders with legends including Billy Idol, U2, and The B-52’s, and see them in ways that traditional media could never portray.

Raised in an old-world Italian household, Grecco’s childhood was governed by rule and tradition. That is until the age of 18, when he walks into a Boston punk club and immediately finds what he’s been looking for. A place where he can be himself. A place where difference is celebrated. A chance to be part of something new and unique. Once there, he never looks back.

Grecco dives headfirst into the Boston and New York punk scenes, living the life of a “club kid.” Going to shows, documenting performances, he did everything he could to be a part of the music scene he loved. Eventually through hard work, endless passion, and a little calculated decadence, Grecco is able to garnish “VIP Status” amongst the punk scene and work his way in with artists such as; The Cramps, Dead Kennedys, Talking Heads, Human Sexual Response, Elvis Costello, Joan Jett, the Ramones, and many others.

Whether he’s recounting the details of U2’s first American performance, or simply reminiscing about the time Billy Idol flung a metal milk carton at his head, this book has something for everybody. Grecco captures in black and white and color the raw energy, sweat, and antics that characterize the alternative music of the time. Let Punk, Post Punk, New Wave; be your tour guide, through the Days of Punk.