A Fine Line: The Difference Between “Rock” and “Punk” 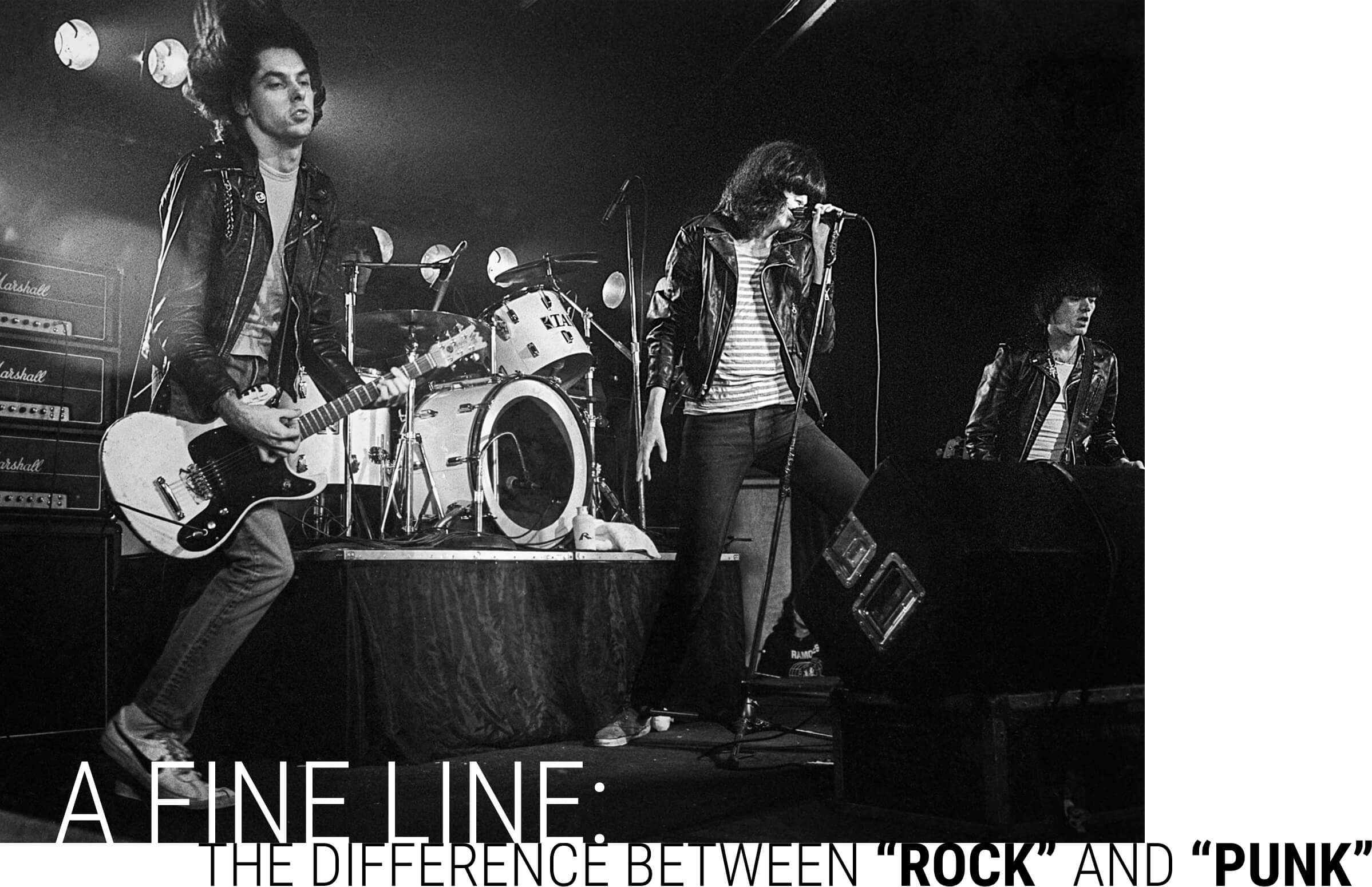 A Fine Line: The Difference Between “Rock” and “Punk”

What is the difference between “Rock” and “Punk”? At the end of the day, isn’t it all just rock? Lead singer, guitar, drums, bass. How do you objectively define and classify an art form, given that the nature is so subjective? Who establishes the criteria for a genre…and does it even matter?

For many, rock is an “umbrella term.” A genre of music. A classification for a style of sounds with inherently similar elements. With that being said, many consider “punk” or “punk rock” to be a sub-genre of rock itself.

According to that line of thinking, punk evolved from rock. All punk is rock, but not all rock is punk.

There is clearly a distinction.

But where do we draw the line? And how?

Do we analyze sound? Objectively measure beats per minute? Maybe we could examine lyrics and indicate specific elements associated with each genre.

But I think we’d have better luck distinguishing the differences in motivation.

Traditionally, Punk is characterized by its anti-establishment sentiment.

Unlike rock at that time, punk rejected standard beliefs and looked to defy cultural norms. The fast, loose, and manic music created an authentic outlet that beautifully encapsulated the raw emotions, attitude, and beliefs of its listeners.

When asked about the difference between “Rock” and “Punk” former self-described “club kid” and punk rock fanatic Michael Grecco said, “For me the whole punk/post-punk revolution had to do with creativity and self-expression. Punk came along and made sure different opinions and voices were heard at a time of stagnant, overly commercial rock on the radio. The music and its legacy are all about AUTHENTICITY.”

At a time where rock had become commercialized and stagnant, punk offered listeners a bona fide unhinged form of expression. The motivation was not to simply sell records and appeal to the masses. But rather, it was to create an authentic outlet or the barely concealed frustration of its listeners.

It is less of a genre, and more of a way of life. It is a mindset built out of frustration, curiosity, and necessity.  The fast tempos, distorted riffs, and eloquent yet frantic vocals perfectly encapsulate an ideology that differs from “Traditional Rock.”

But at the end of the day, who’s to say?

What some consider, “Punk” others might consider “Rock.” And vice versa.

If you really want to know the difference between Rock and Punk….

You just have to listen.

For more information on punk rock history, visit DaysOfPunk.com for never-before-seen photos and stories of one of the most influential periods in music history.